The Art of Receiving Gifts 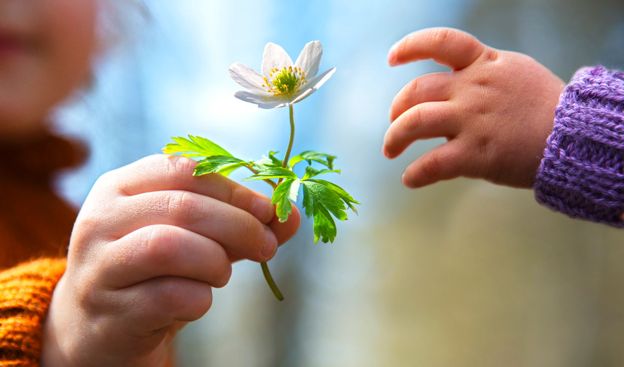 Are we really good at receiving gifts?

In stories, we look at character’s motives. I often think we should do the same in life.

I remember when my son was a toddler, he would pick a daisy from our front yard every time we came home, and lovingly present it to me.

For most people, instinct is to say, “What a beautiful flower.”

Which poses some potential problems. What happens when the next gift is a handful or dirt, snail, rock, lizard or even mouse? And as any parent knows, those generous offerings will come.

The child’s sentiment is the same behind a daisy or rodent, but the response is going to vary from “put that down it’s dangerous”, to squealing and calling for back-up. The message the child then gets is that the quality of the gift is what matters, and some gifts will be rejected outright. Or cause considerable distress and histrionics.

Is it any wonder so many people stress over buying loved ones gifts?

What should be a celebrated event often becomes a pain in the proverbial for most of us. Why? Because we discovered from an early age that what you give really does matter.

Which brings me back to the daisy.

A girlfriend pointed out that I never commented on the beauty of the flower. Instead, I would focus on the thoughtfulness and sentiment behind it.

“It’s so kind that you thought of me,” would bring an enormous smile to my son’s young face.

One day after kindergarten, I presented him with some socks and new school shorts. Without thinking about it, I handed them over and you would have thought he’d been given an early, amazing Christmas present.

“Wow. You think about me while I’m at school!” he declared, with the biggest “Thank You,” followed by an enormous hug. Over socks and uniform shorts.

He didn’t mind what the items were. It was the thought that counted.

I hope that never changes. Both children now appreciate gifts with thought behind them and try to give things with special meanings as well.

Last year I received an adult-sized character onesie. (One piece pyjamas with built-in feet). The character? A fox. Don’t imagine that was easy to find, but a lot of thought and effort went into hunting it down. No pun intended!

Last Christmas, I put together photo books of the family history. Stories and photos for siblings and parents to enjoy at their leisure, which they do. A niece is even using it as a reference for a school project. They were the most appreciated gifts I’ve ever given them. And definitely not the most expensive.

Somewhere along the line, people became hung up on the cost and significance of presents, losing track of the reason behind giving.

So, instead of putting on a false smile when children hand you a rock, snail, lizard or dead rodent, maybe it’s time to praise the giver for being thoughtful.

You might just save them a lifetime of anxiety over presents being good enough/expensive enough in the future.

And they may enjoy the feeling of being thoughtful. Imagine a world of kids and parents like that!

A Blog of Stories

Never ask what they're thinking again...